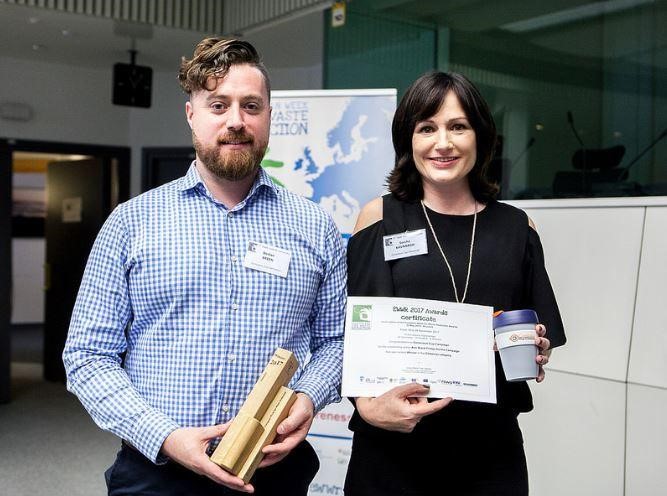 Across Europe, there is a slow but steady move towards a zero waste society and this is currently driven by the consumer. With the introduction of legislation enforcing correct waste segregation people have become more aware of how much unnecessary waste is being produced and many want to limit this as much as possible.

One quick and easy way to achieve this is to cut out disposable drinks cups and carry a reusable cup for drinks on the go. When cafés facilitate this small change, they can create customer loyalty. The Conscious Cup Campaign [CCC] is Ireland’s first national voluntary network inviting purveyors of hot & cold drinks to help Ireland achieve EU targets, reducing waste going to landfill while also promoting a circular economy in a move away from the disposable cup.

The CCC is an initiative that has taken its inspiration from similar projects from all over the world which aim to reduce the use of disposable cups. The CCC had seen that there are many cafés around the country who want to move away from disposable cup usage, and so offer incentives to customers for bringing their own cups. This incentive is being offered as a monetary reduction or in the form of a reward such as extra loyalty stamp or a free treat. The CCC saw there was potential to tap into this already emerging trend and so the idea to create a distinctively branded network came about.

Presently almost 1,000 cafes have signed up to offer customers bringing their own cup an incentive, many of these cafes have contacted the CCC directly or have been approached by individuals or tidy town committees which shows just how well this campaign has been embraced. The CCC is a partnership between the three Regional Waste Management Offices & VOICE and is supported by the DCCAE.

The campaign has received recognition both at home, being shortlisted for both a Pakman and Green Award, and at a European level winning the prestigious EWWR award in the citizen’s category at the European Commission in Brussels.

Origin Green works with the Conscious Cup campaign to raise awareness and reduce waste in the foodservice sector. Origin Green also promotes the campaign among its network of retail and foodservice members, encouraging them to participate.

Mabbett is the Origin Green programme’s third-party verification partner. Following review and approval by Bord Bia, all Origin Green sustainability plans are verified by Mabbett for accuracy, robustness and credibility.

FoodCloud works with retailers and food manufacturing businesses with the objective of rescuing as much good quality food from the supply chain, prioritising feeding people before looking at other disposal options.